Apple announced iOS 8 at the World Wide Developers Conference in June 2014. It was here that they spoke of some of their upcoming features. Included in these features were two new kit platforms. These were the now popular Healthkit and Homekit. WHAT IS HOMEKIT? Instead of a single control application, Homekit is a hardware certification platform that enables developers to amalgamate hardware with iOS which provides communication between smarthome products such as lights, locks, security systems etc. Homekit enabled products were made available one year after they were announced in 2014. WHAT IT CAN DO Homekit products, along with an iOS device allows the user to connect directly with home accessories to set lights, thermostat and lock timers to go off or on at certain times. It also enables you to use voice commands to perform some of these tasks within your home. 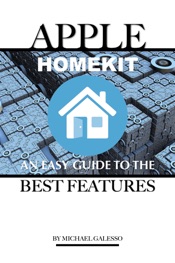