In October 1956, Britain, France and Israel launched an attack on Egypt. For each of the contenders there was much more at stake than the future of the Canal. None of the combatants in the Suez campaign emerged in glory which may be why, in recent years, it has been largely relegated to academic studies. But the events surrounding the invasion, while combining the high drama with elements of political farce that make for a compelling story, had a greater impact on world affairs than many more famous conflicts. 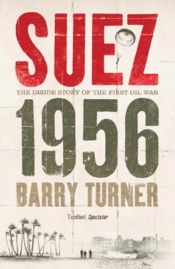